About a year and a half ago, I wrote a blog post about some skin issues that 2 of my llamas were having.  I'm having issues again (1 of the same llamas, 1 different one), so I thought I would share what I learned from the first time and what I'm trying now.

In 2012, I was having trouble with Bluff and April.  Bluff had a bit of "elephant skin" (basically thick skin) under her front armpits.  I decided to treat her with a cream made from diaper cream (zinc oxide), vitamin E, and tea tree oil.  Unfortunately it didn't seem to make any difference, so I discontinued the treatment. 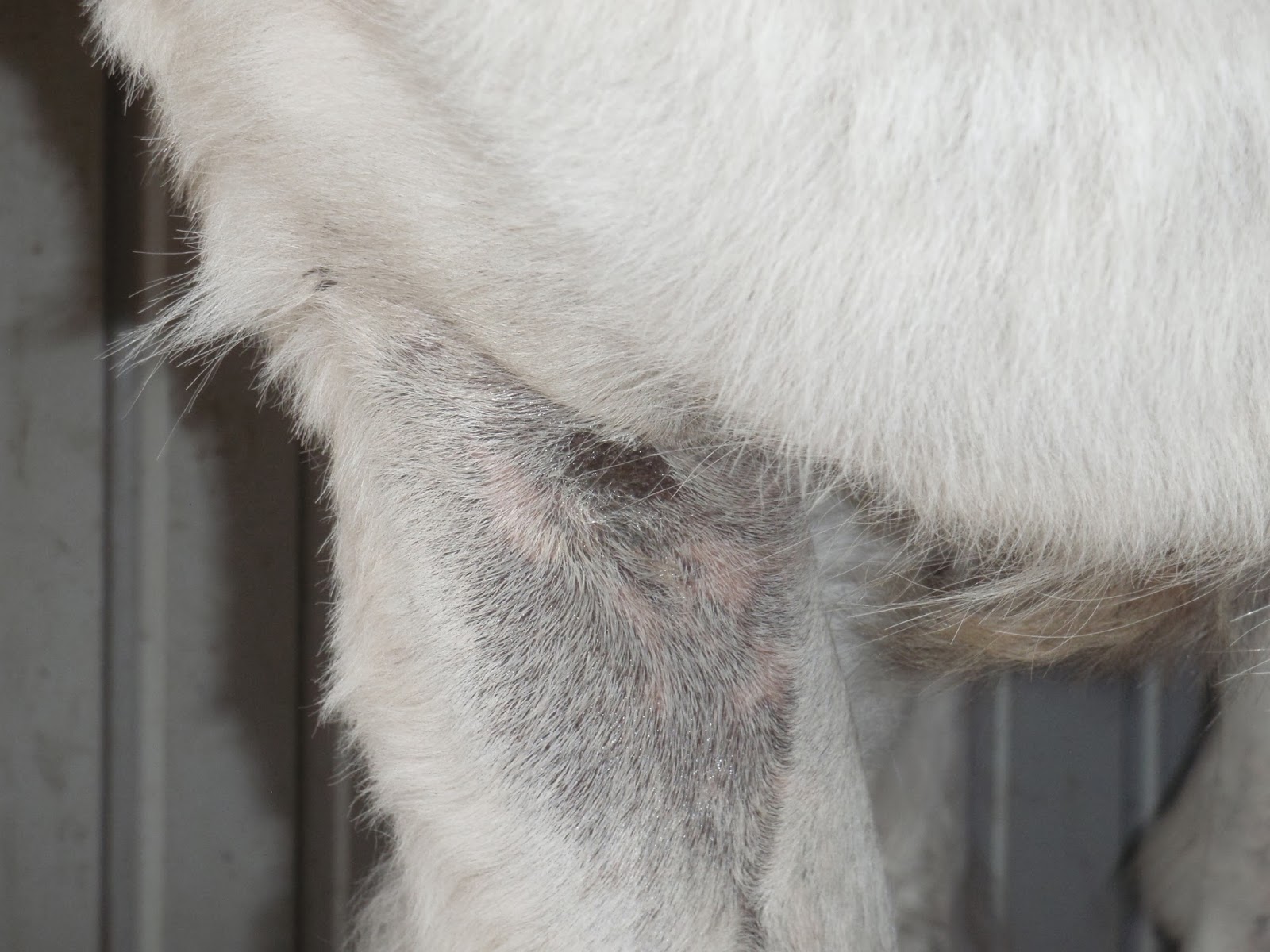 April had developed some bald spots on her legs.  The skin wasn't thick and crusty like Bluff's, just had no hair!  Since there was no chance of rubbing a cream on April's back legs every few days, I decided to make up a sprayable mixture of MTG (a horse skin product), vegetable oil (to soften the skin), vitamin E, and tea tree oil.  It turned out that the vegetable oil was a bad idea for summer, since it attracted flies.  The MTG is also too thick for a spray bottle, so I wasn't able to continue the treatment for very long.  Needless to say it didn't work. 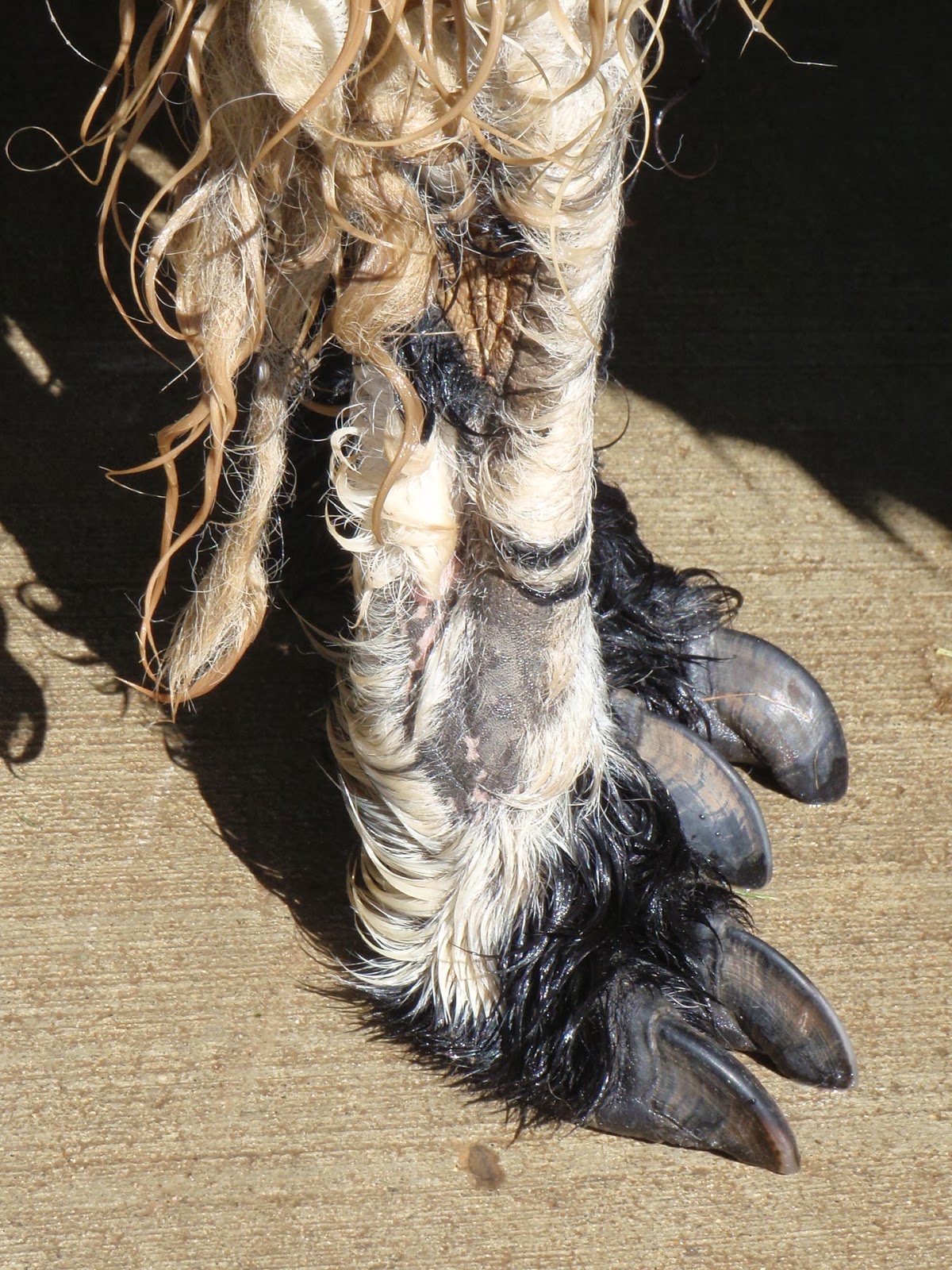 Since I wasn't living on the farm for most of the past several years, I didn't have another opportunity to address April's skin issues until they moved to my new NY farm in August.  After talking to some breeders on Facebook, I decided to try spraying her legs (and Duque's) with apple cider vinegar.  I was actually good about applying this treatment (it was easy!), but after about 6 weeks I still saw no improvement so I quit.  I'm giving up on April's feet until it warms up in the spring, but am thinking about trying a new horse product (one that is designed to be sprayed) or diluted betadine.

Duque's back feet started off like April's, just looking like simple hair loss.  However, over the past month or two I noticed more dry scaly skin so I decided to start treating him again.  Luckily Duque is easier to handle than April, so I tried the skin cream I made for Bluff a second time.  I applied it every other day for 2 weeks, and saw no improvement.  The cream was applied to one back leg, and on the other I applied MTG.  The MTG didn't work either.  After more consulting, someone suggested that he may have mites and should be treated with Frontline spray.  Frontline is almost $50 at TSC, so when someone else suggested Vaseline instead I decided to try that.  I started the second treatment today, and will be applying it twice a week for 3 weeks. 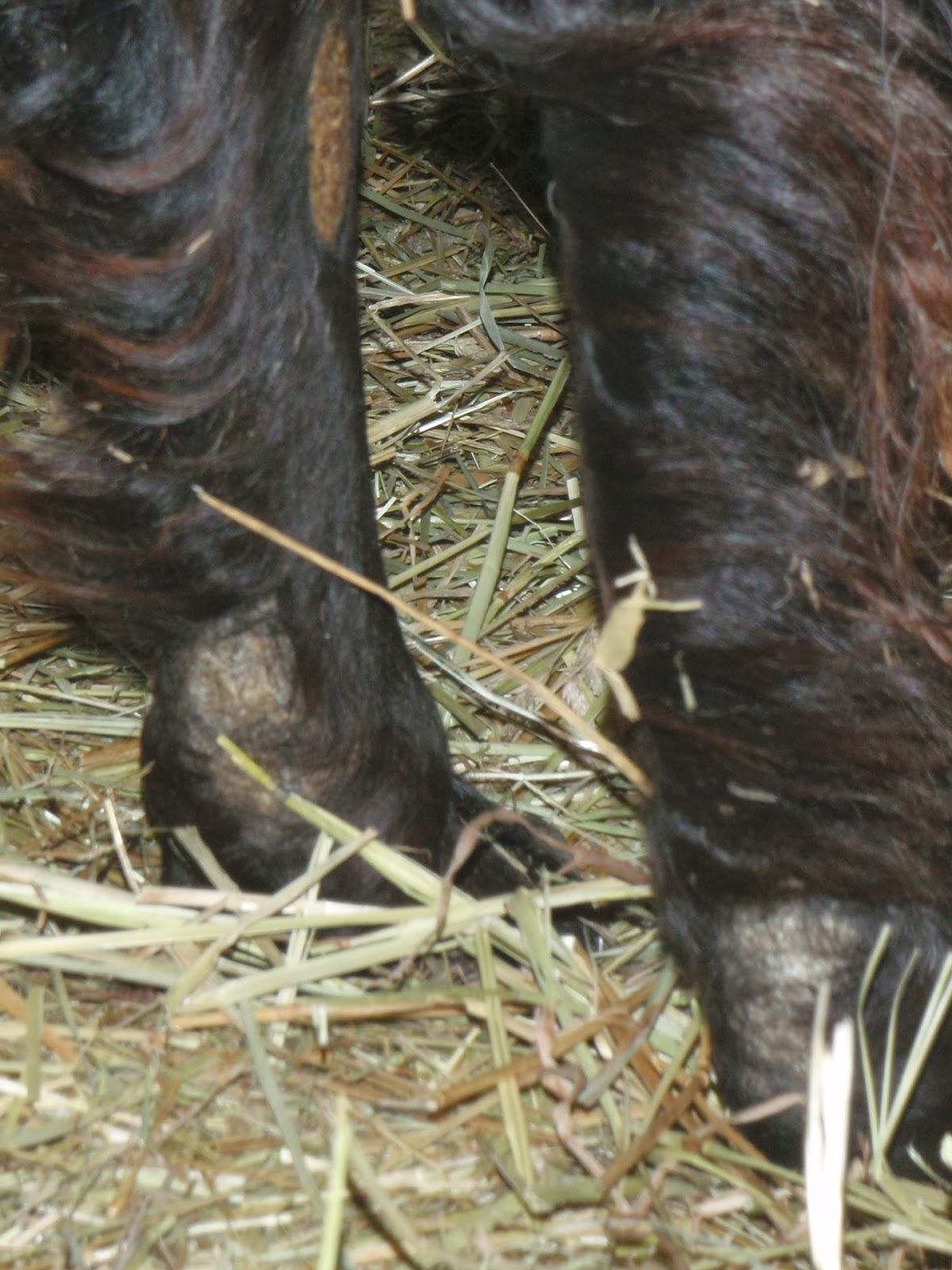 Kara also has something similar to Bluff, rough spots on her front armpits and her chest.  I'm also trying Vaseline for her.

If the Vaseline doesn't do the trick in a month or so, I suppose I'll try another of the many products that are available.  NuStock is widely recommended, as is a product called Well Horse.  I'll try to report back in a month with progress!