Finally, after 2 long weeks, shearing is done for the year!  I have a love-hate relationship with shearing...I hate doing all the grooming and I'm terrible at shearing, but I love having fresh fiber and I love how the animals look shorn!

First up was Ralph.  I'm not brave enough to shear him on my own (and my shears are definitely not up to the challenge), so I got a recommendation for a local shearer and called them up.  I didn't want to pay a set-up fee for just Ralph, so I took him down to their farm while they were shearing their own animals.  It has been several years since Ralph was shorn while stretched on the ground (he's been shorn standing at a llama show we used to go to), and he was NOT happy!  Luckily he didn't pee himself this time though! 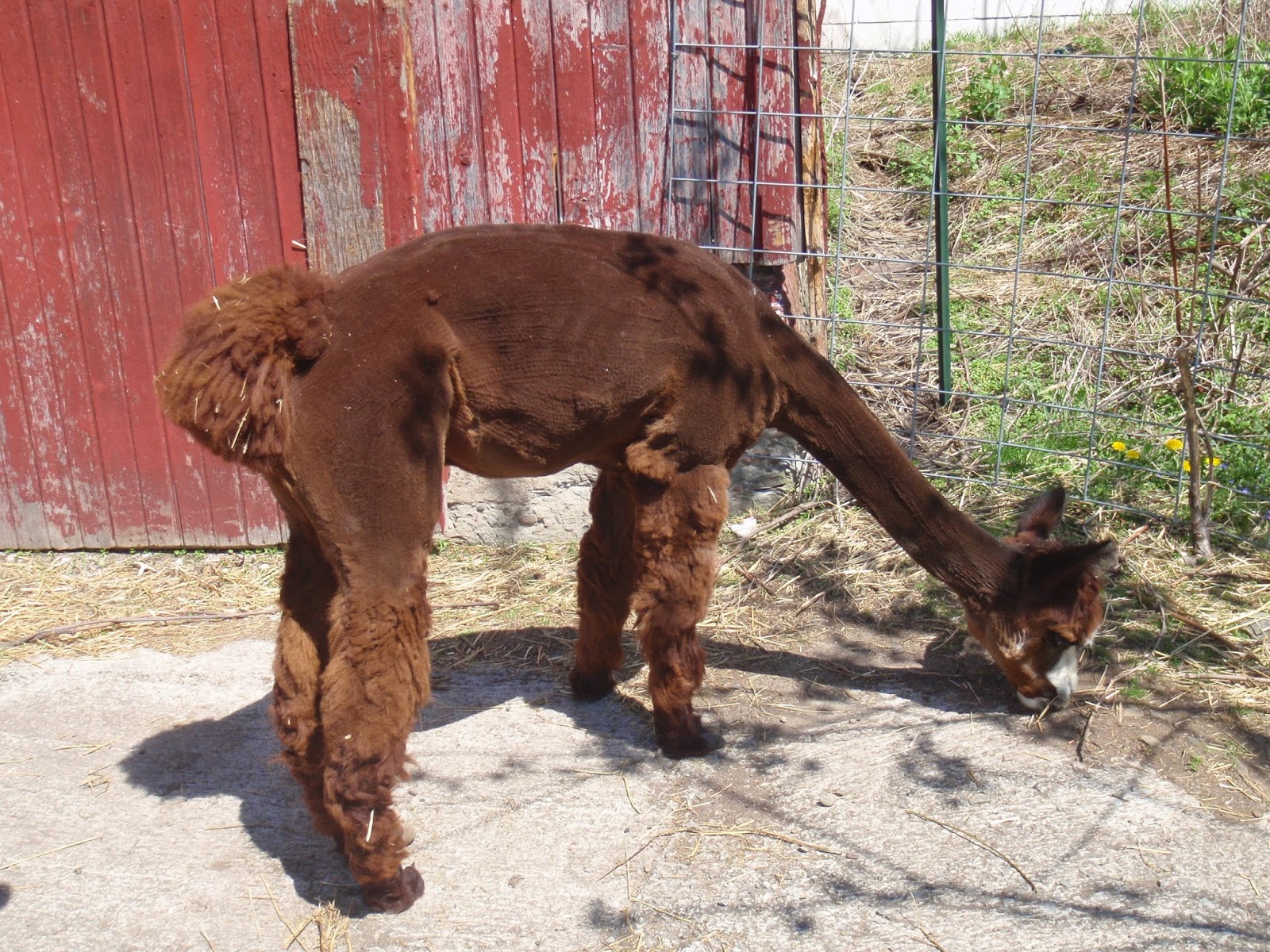 And now I have 1 handsome burr-less alpaca, and 2 gorgeous bags of fiber!  The best fiber is at the mill, ready to be processed into roving.  The leg and neck fiber will go to another mill in a few weeks, to get made into more insoles.


Next up, and first for me, was April.  April's always the easiest for me...she has pretty terrible fiber, so I don't bother grooming her like I do the others.  I just blow the dust out (to save my shears), and go for it.  She always ends up with the best haircut too, since her fiber is so coarse and easy to cut with the shears. 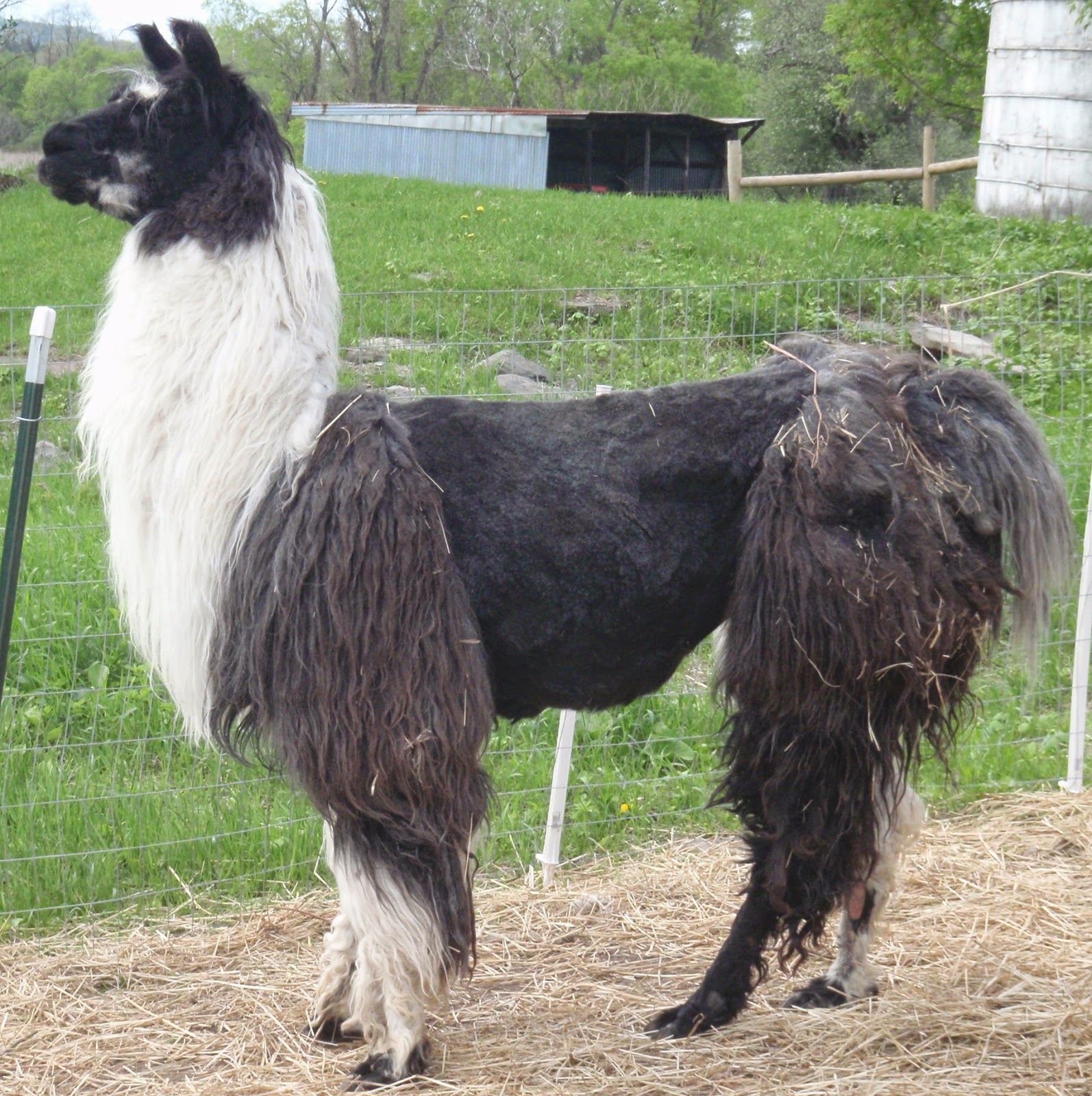 First for a "real" grooming was Duque.  Luckily he was pretty clean, so just a bit of brushing and a bath and then his haircut.  He even got to spend the afternoon grazing in the garden with T while he dried.  Duque's fiber is going to be hoarded this year for a special project...details to come.


T was next to get shorn.  He took a TON of brushing, and I didn't realize how dense his fiber was!  A couple hours later he was ready to blow out and wash.  He had to stay out overnight with Duque and Kara to dry.  He was not real happy about being shorn, but finally with a bit of a bribe we got it done. He got a complete body shear, and unfortunately I had to toss most of his neck and leg fiber since it was so full of burrs.  He looks a bit rough right now, but hopefully by the time the NY State Fair comes around in August he'll be grown out and look decent.  T's fleece has already been sold. 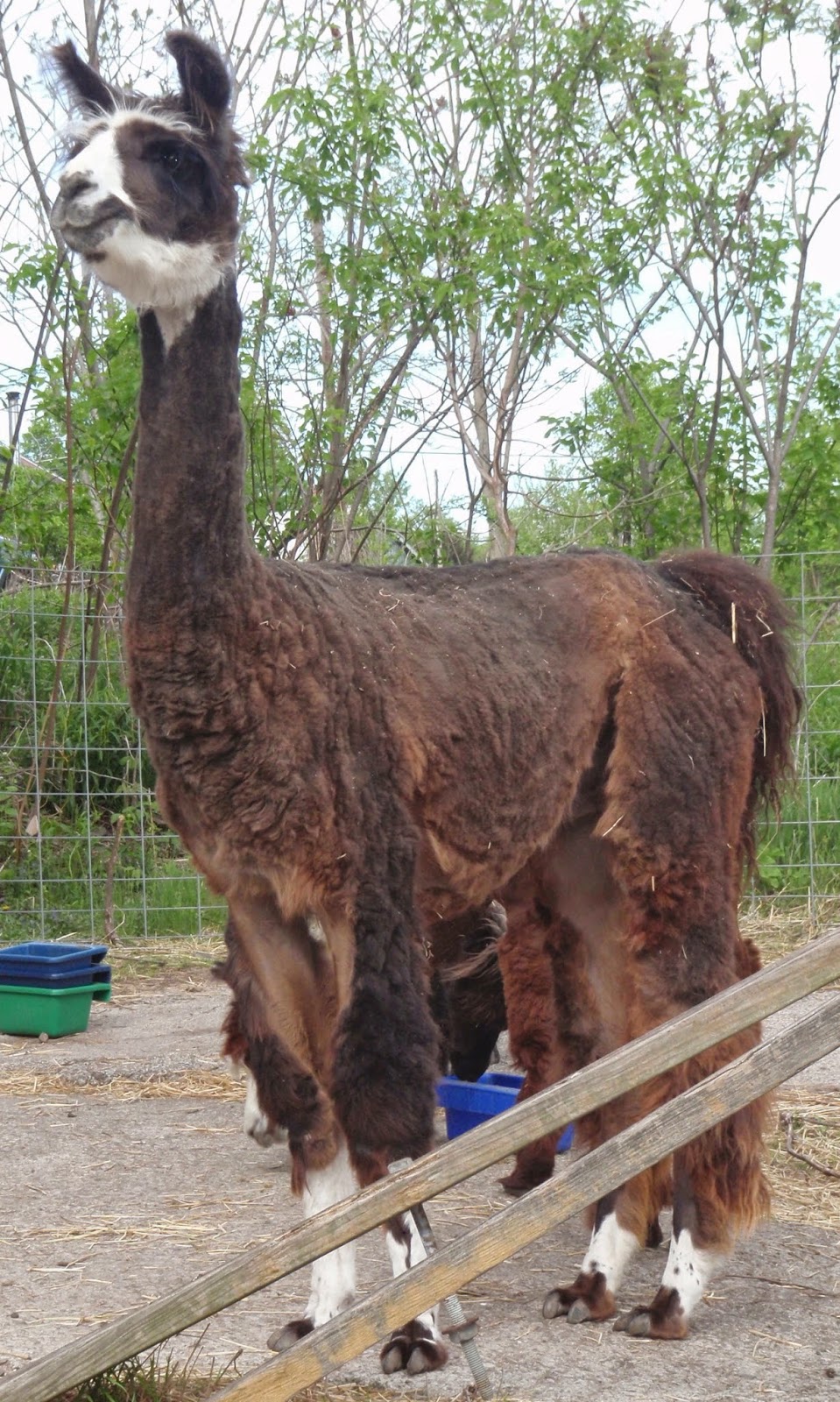 Last but not least was Kara.  She wasn't quite as dirty as T, but I'm planning to show her fleece this summer and fall, so she had to be impeccably clean.  Luckily she doesn't mind being groomed as much as T!  She also had to sit out for a couple days to dry since her fiber was so dense.  I decided to hand-shear her first so I could get the fleece without any second cuts, and for some reason she freaked out!  Once I started cleaning her up with the electric shears she was fine.  Weird girl!  I really hope her fleece does well at the shows!