January has been a very busy knitting month.  After spending most of November and December knitting big projects (namely my first handspun sweater and the convertible thrummed mittens that I designed and knit for my sister), I was ready for some instant satisfaction-type projects!  I'm trying to build up inventory for the farmer's market this fall!

My first goal was to finish a cabled scarf that I started back in undergrad.  I took it back to Indiana for Christmas to be my plane knitting project, and managed to get most of the second half finished.  Another few days of knitting and it was done!  After checking my Ravelry page for the project, I realized it took me 5 years and 9 days to knit the scarf!  Don't worry, there was a HUGE hiatus in the middle! 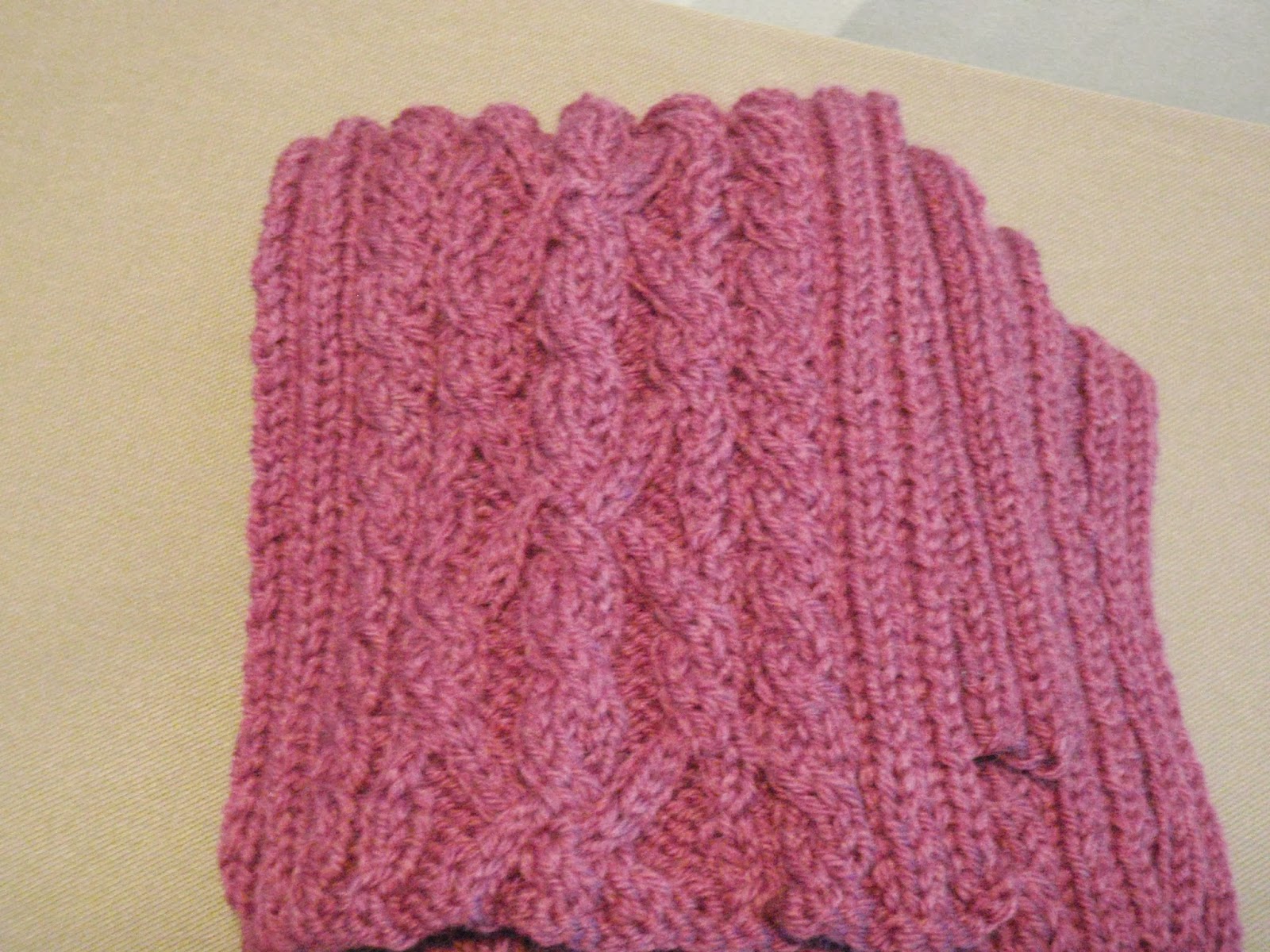 Before Christmas, I bought 4 skeins of blue-face leicester yarn from the fiber mill where I'm working to make my husband a fair-isle ear band.  The project only called for about 150 yards of yarn, but I needed 4 colors so I ended up with 4 times that much!  For the past year or so I've really been trying to use up scrap balls of yarn rather than buying new, so after I finished his ear band I decided I should use up the remaining 4 balls of yarn.  I figured that I would have enough to make 2-3 more hats, so I found some cool striped patterns and got to work. 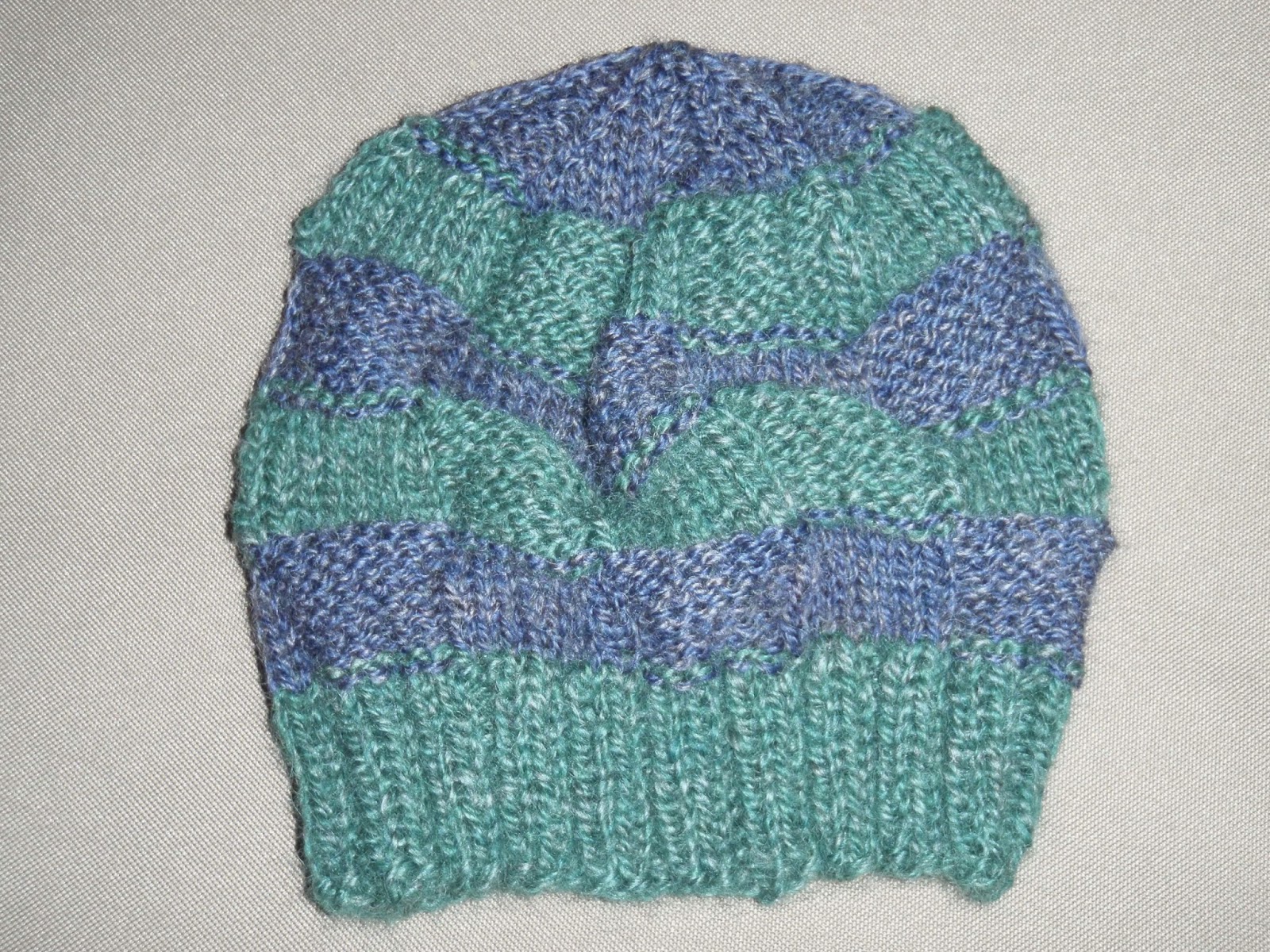 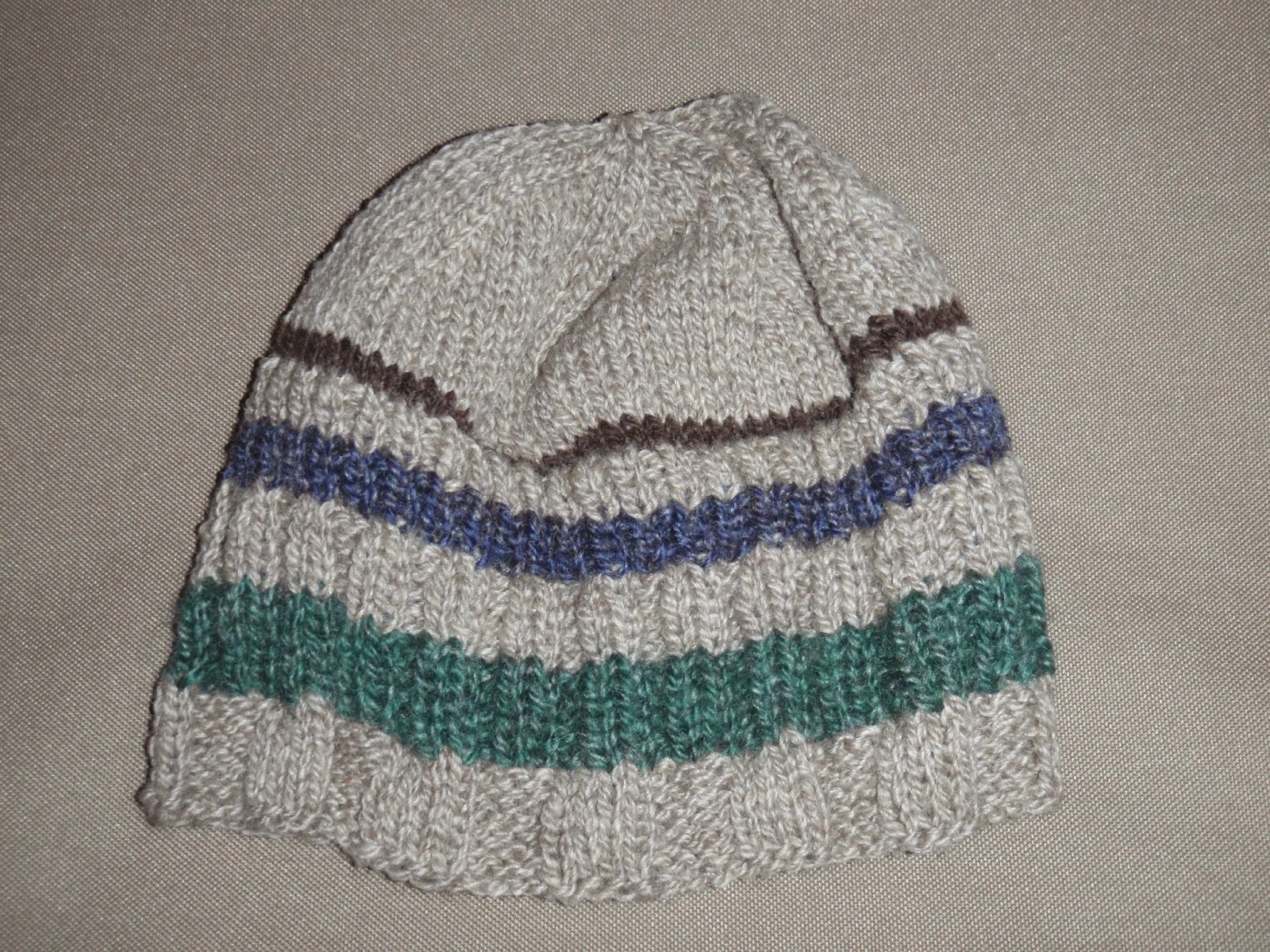 I made 2 adult-sized hats, and then decided to make a toddler-sized one in case I ran out of yarn. 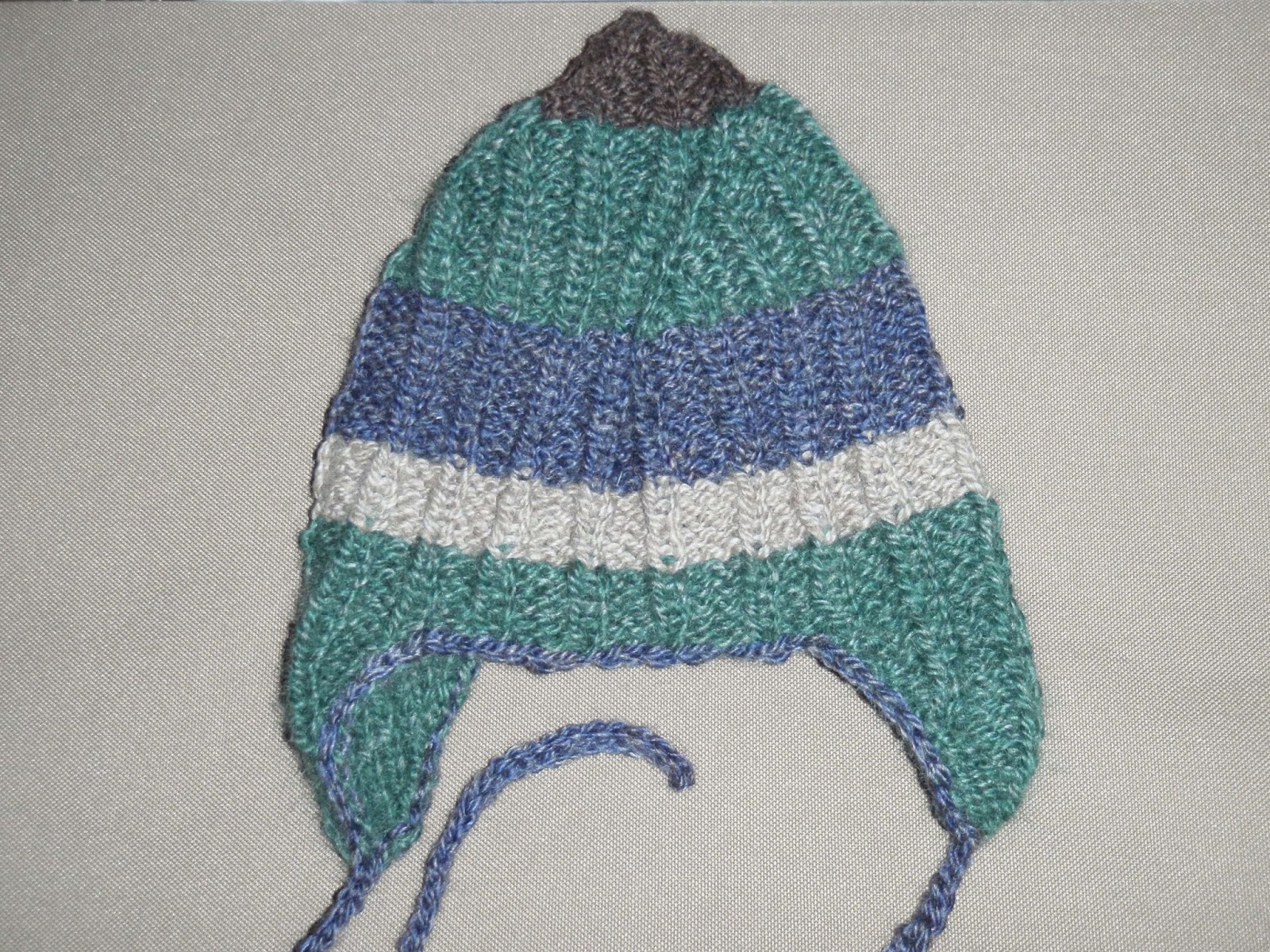 But I finished that hat and still had more yarn!  So I took the softest of the bunch and made a cute (and semi-original) bear hat.  With the remaining dyed colors I made an ear band, thinking that would definitely use up the rest of the yarn. 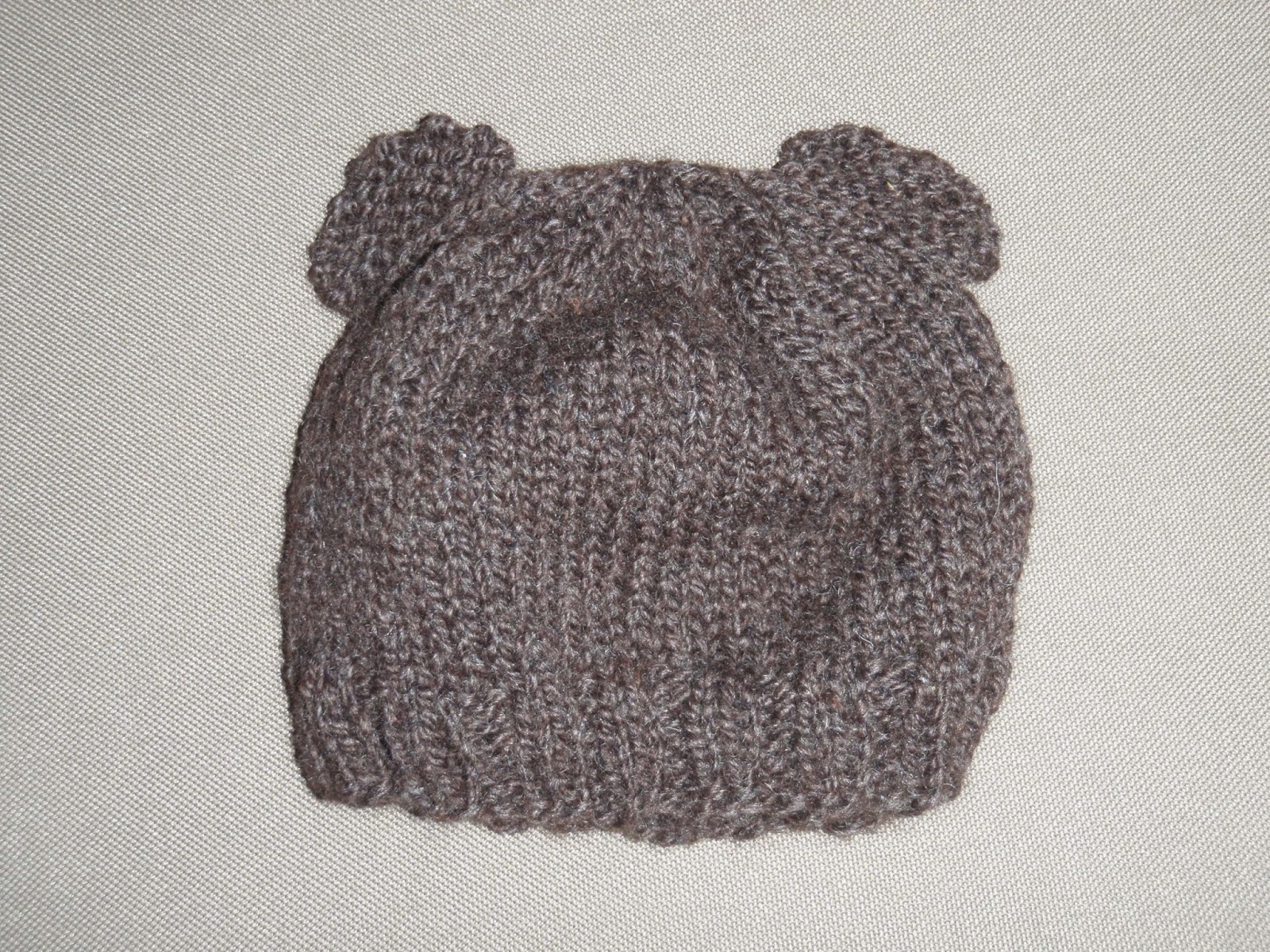 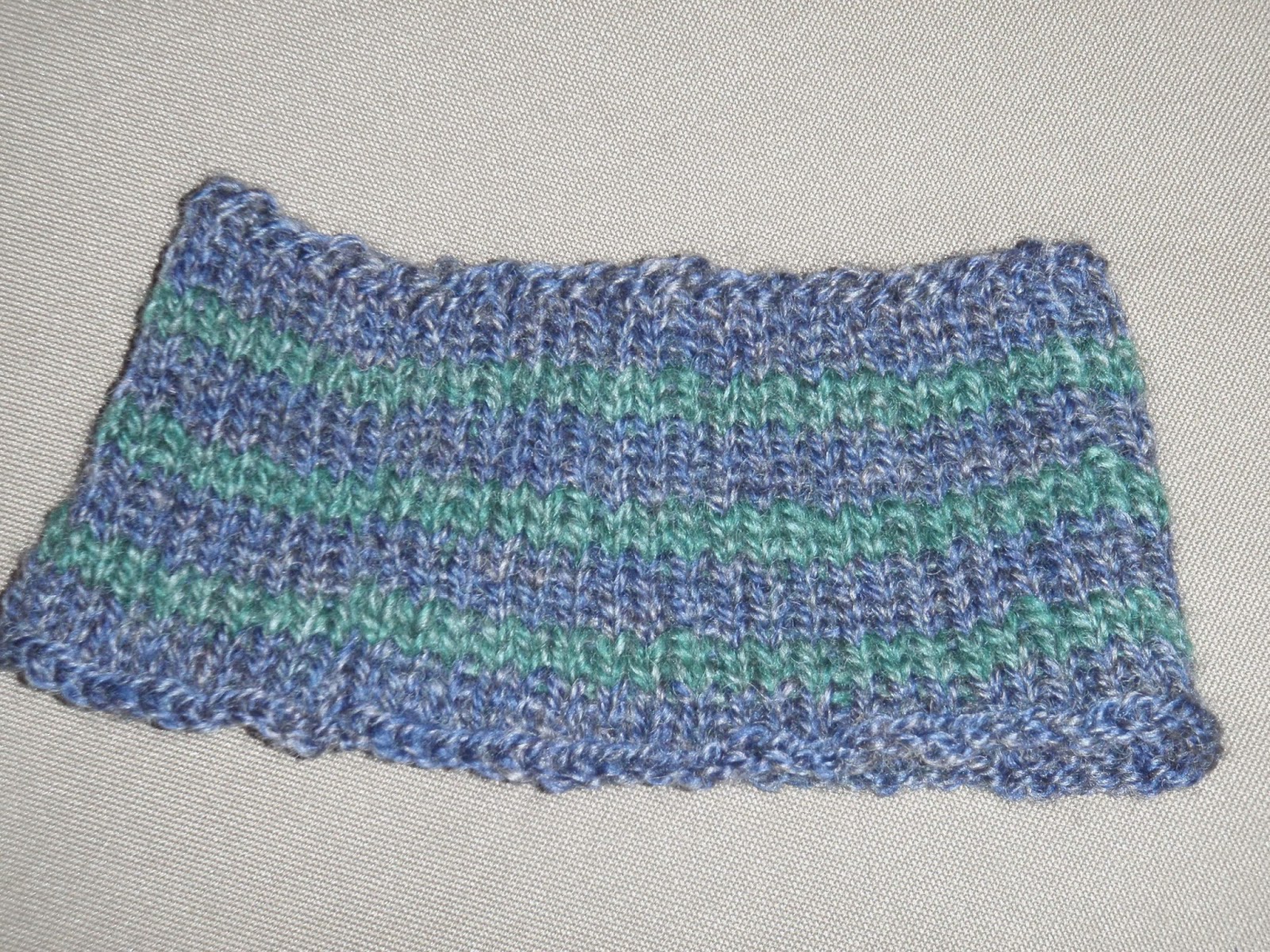 NOT!  By the end of the 4th project I still had parts of 2 balls left...not enough for an entire project, but more than I wanted to waste.  Luckily I had some gorgeous tan handspun llama yarn sitting around waiting for a project, so I cast on yet another striped hat! 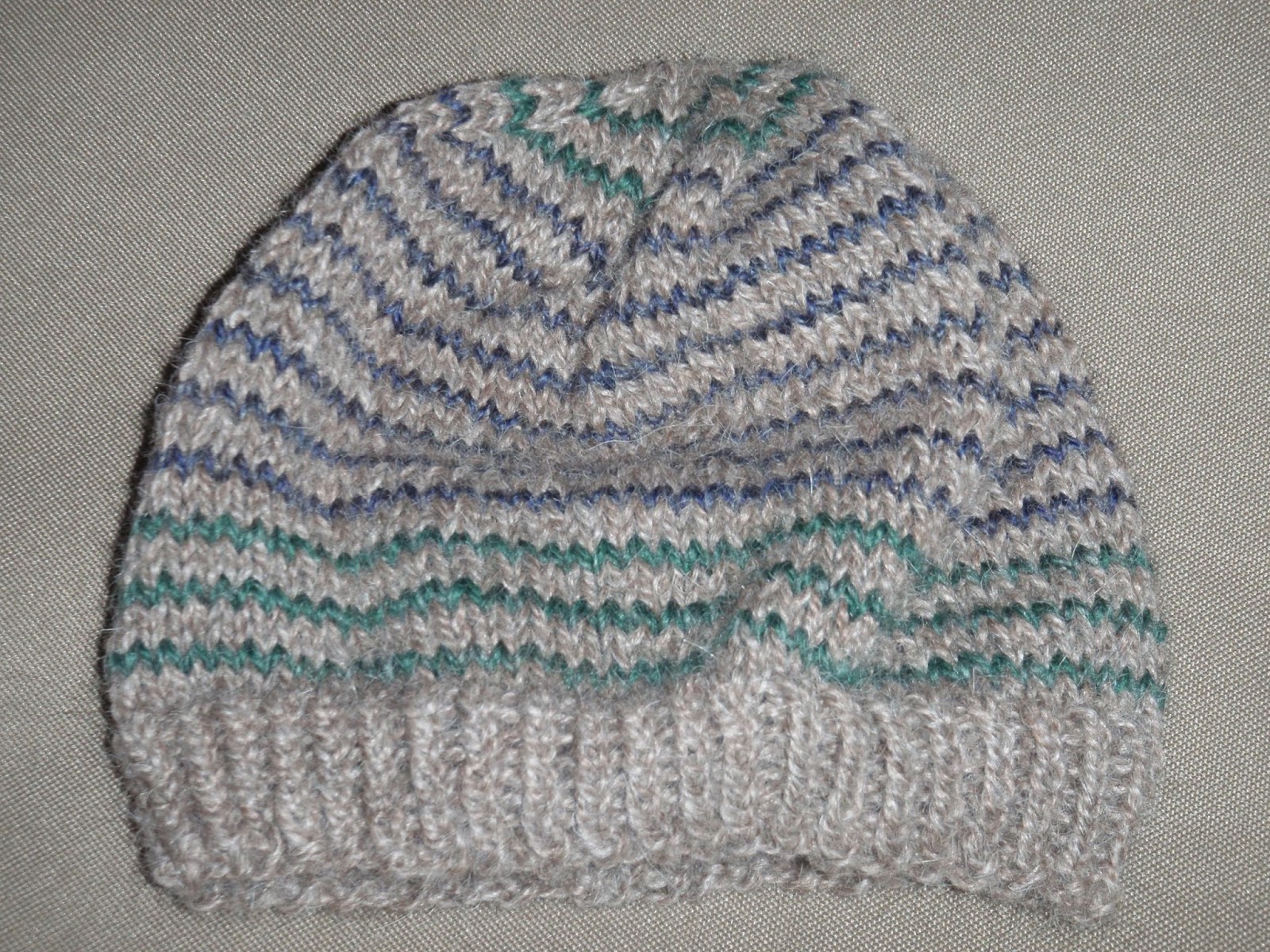 Technically I still have 5-10 yards left between the two colors, but I'm calling it quits!  Eventually I'll make a few flowers and leaves out of the scraps, and use them to decorate other projects.

In between the knitting projects I got a little spinning done.  I had been wanting to sample one of the roving blends I had processed at the mill back in September, but never quite found the time.  So I broke out 8 ounces and went to work!  I really love how it spun up!  This is 80% llama, 10% turquoise merino, and 10% firestar, and is available in my Etsy shop! 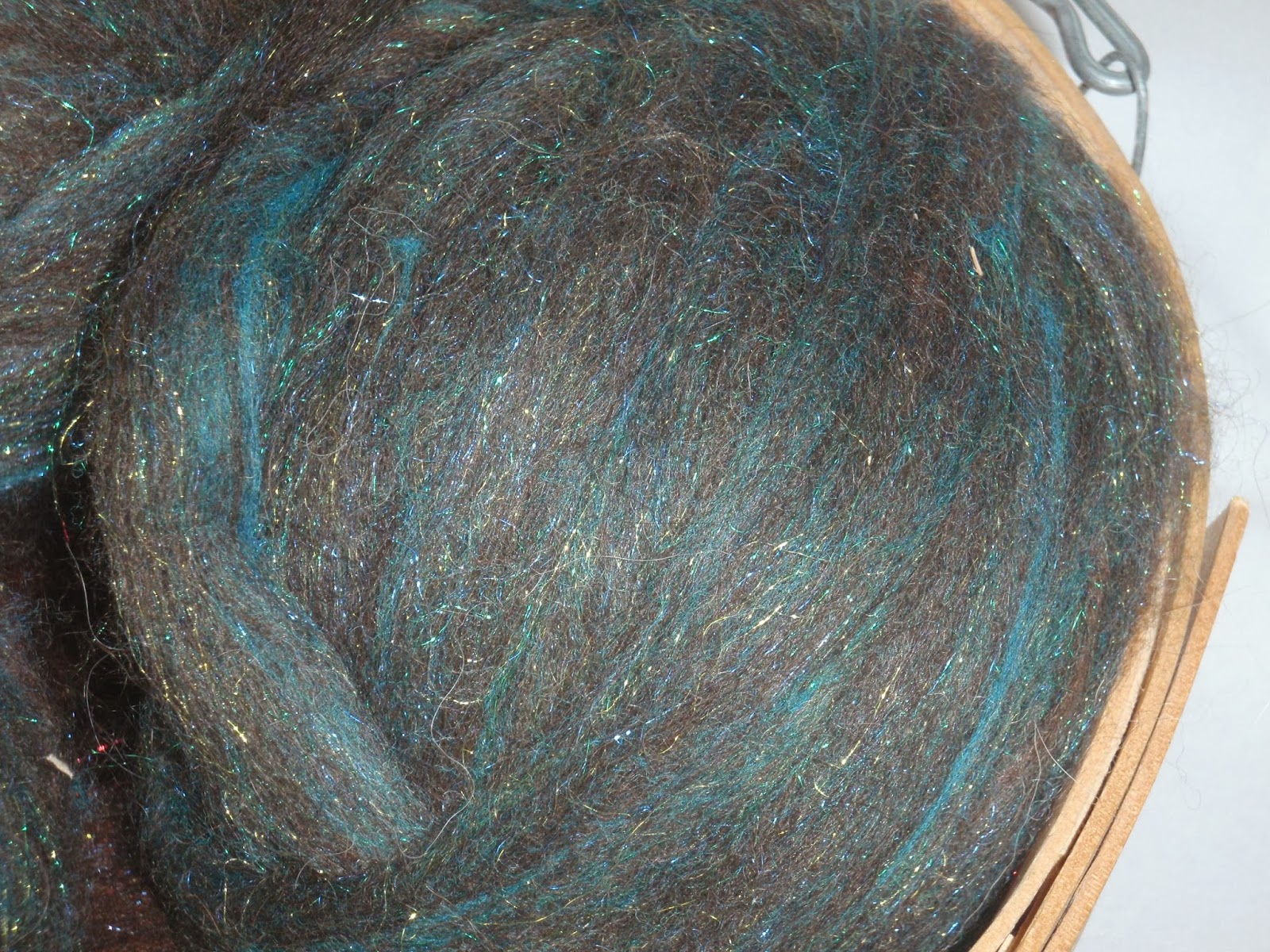 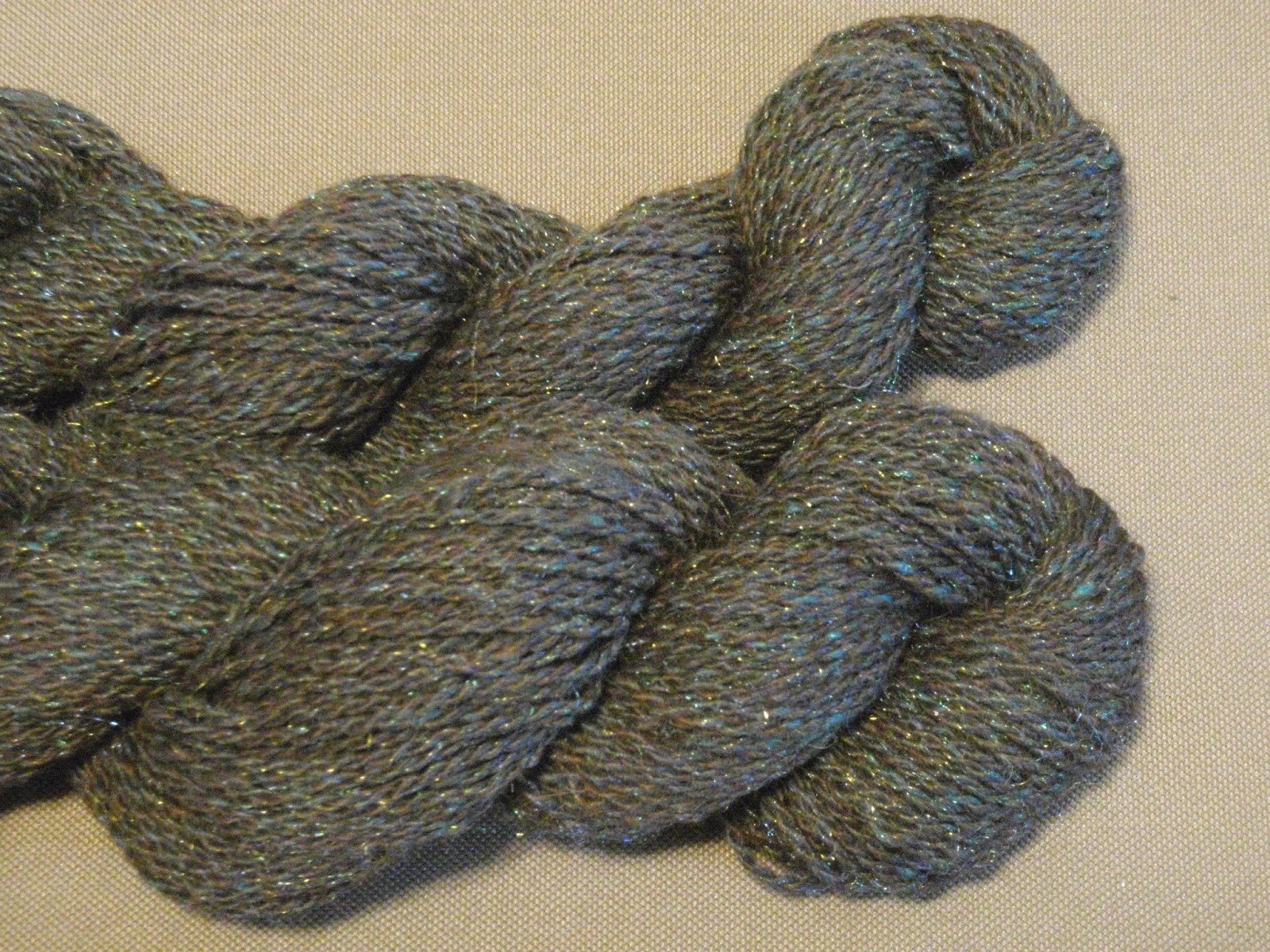 In early January I was able to get 4 more fiber blends made into roving.  One was a gorgeous fawn alpaca/black baby cormo blend, and it really spoke to me.  So of course it had to be my next spinning project!  I just finished spinning the 8 ounces of singles this morning, and sometime this week I will get around to plying it all.  It is a bit more uneven, but oh so soft! 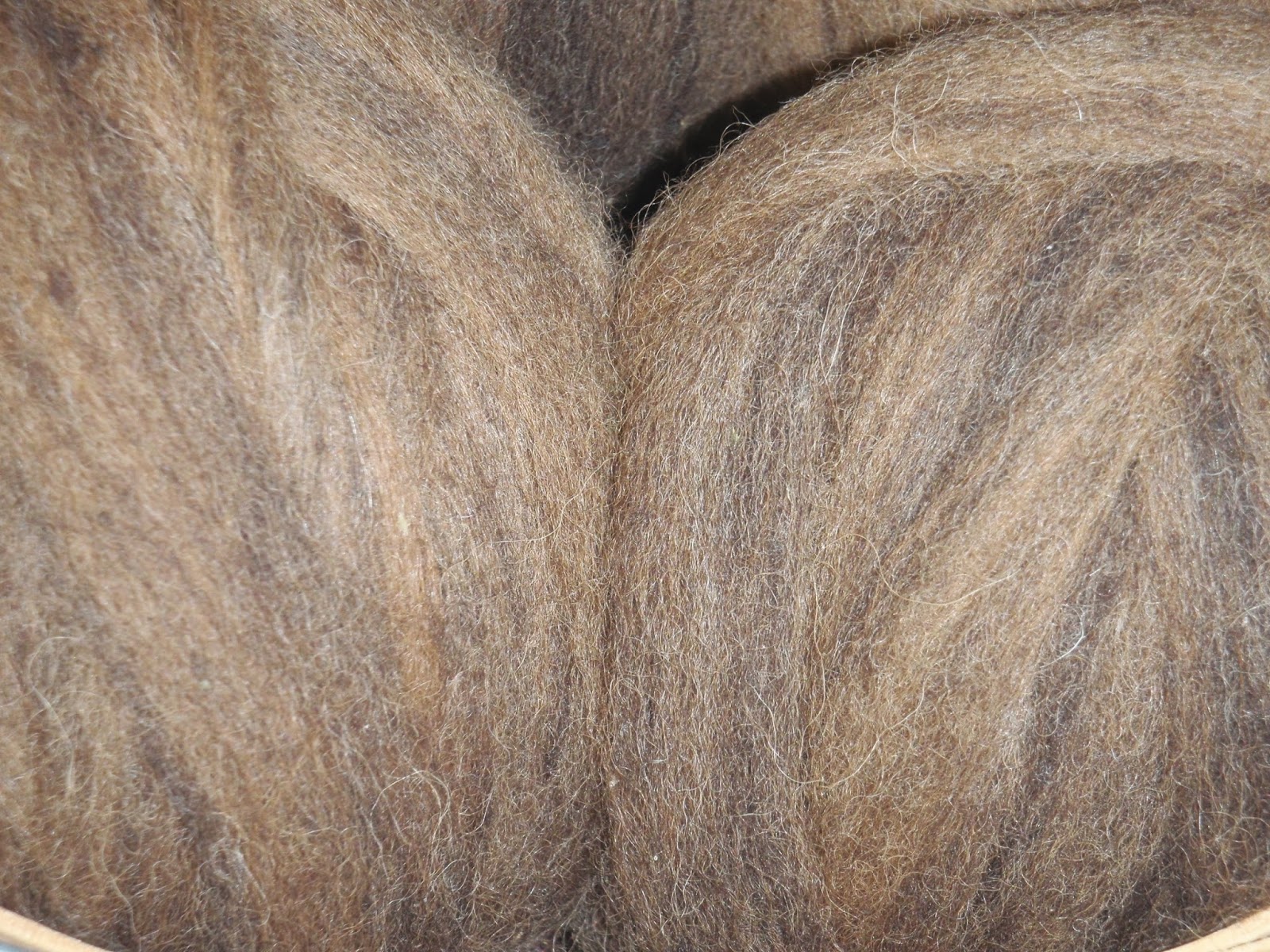 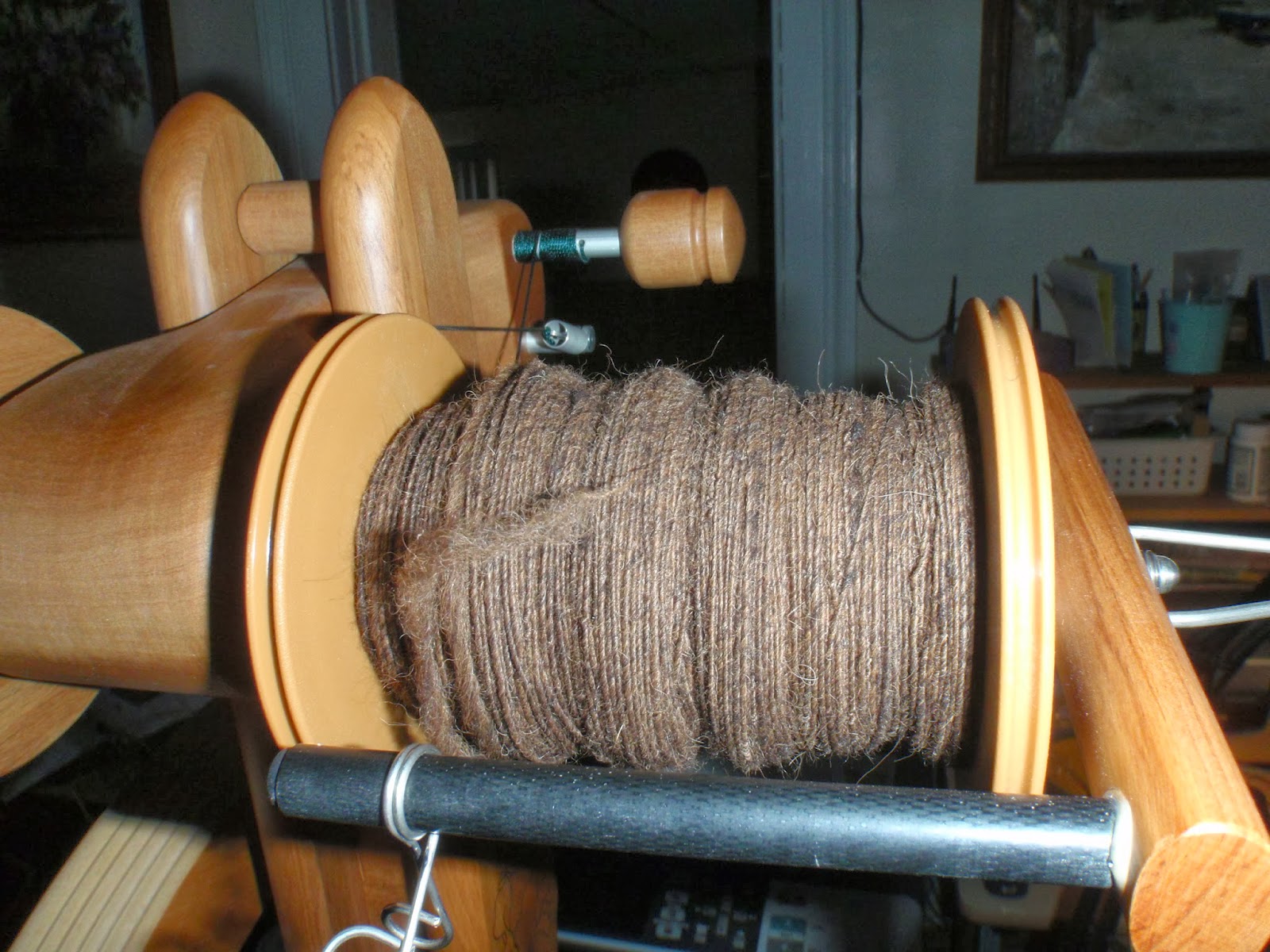 It looks like my last project of the month will be one of my own design.  I'm trying to design a few more patterns this spring, so that I can offer kits with my handspun yarn or rovings.  The project I have in mind will be a simple lace and texture cowl knit with sport weight yarn.  I should be able to post the pattern here and on Ravelry in a few weeks!
Posted by Emaly at 8:21 PM