I'll warn you, the blog is going to be sparse for awhile.  I started a full-time job last fall, so my blogging time is greatly diminished.  While I'm still doing lots of things around the farm, I just can't seem to remember to take pictures and upload them!

Anyway, here's a bit of what's been going on the past month or so.  Some of this will get expanded on in the future, so stay tuned!

My first spring project was cleaning and organizing the "garden shed".  It has been a mess since I moved in, and I finally had enough!  This is what I started with... 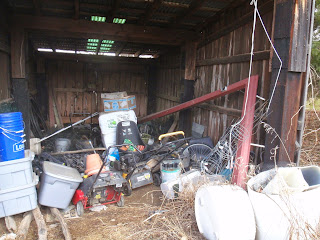 This is as far as I got the first day...hanging all the tools and wire edging/trellises.  The rest is done now, just need to get pictures to prove it! 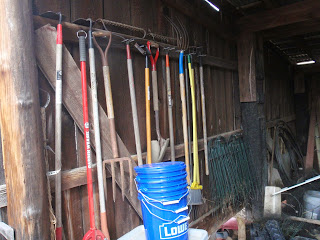 The biggest spring project was cleaning up outside the barn.  Usually over the winter I try my hardest to take the manure down to the garden compost pile every time I clean, but after we got 2' of snow overnight it became impossible!  And that 2' never melted until March, just grew and grew!  So I resorted to dumping the manure outside the barn, and had a huge mess to clean up!  I used the tractor for awhile, but once I realized it was making huge ruts in the pasture I resorted to a wheel barrow. 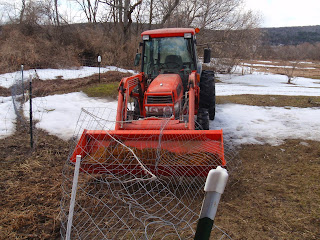 This is just a fraction of what I started with!  Once again, I need to get "after" pictures now that it is clean! 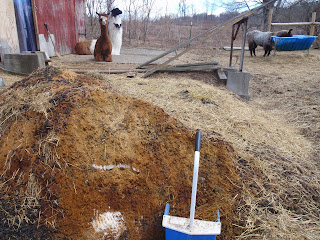 And last but not least, the garden.  My husband tilled it a couple weeks ago, and parts of it look great! 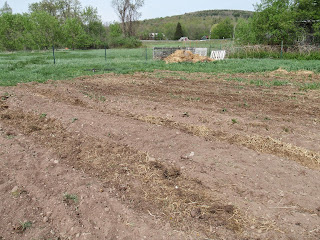 Other parts don't look so great (they didn't get tilled deep enough to kill the sod underneath). 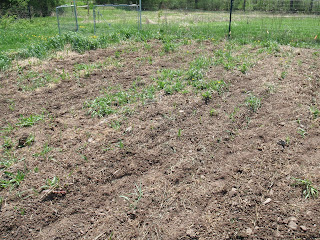 There is lots of lovely llama poop mixed in for fertilizer though! 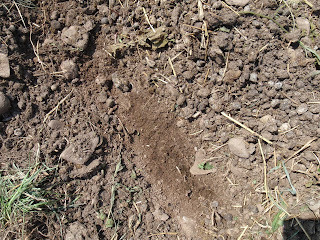 The part that was planted last year really looks nice.  A few more years of sorting out rocks and we'll have amazing soil! 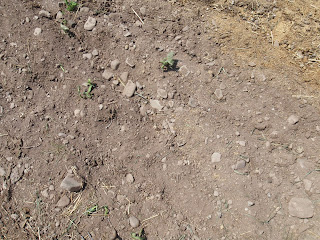 I built a cool little tool for seeding the root vegetables...a dibble! 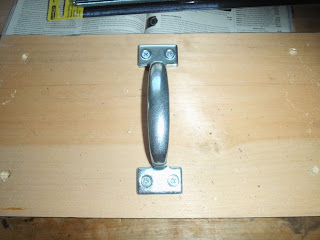 It has nails in the bottom at various intervals. 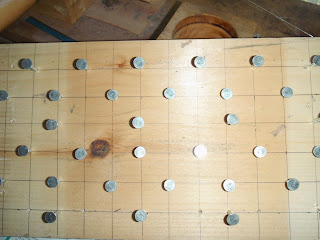 When pressed into the soil, the nails leave depressions in which to plant the seeds. 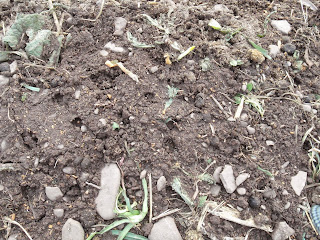 After spreading the seeds I covered the area with a sprinkling of soil and watered well.  The radishes are already coming up! 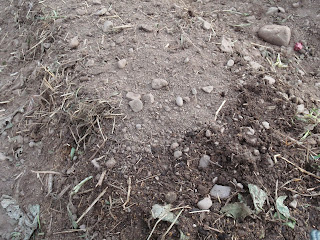 The end of my first day in the garden...3 rows of potatoes planted (4 varieties), a raised row ready for broccoli (a few plants are now planted), and another raised row half-planted with root vegetables (onions, carrots, radishes, beets) and leafy vegetables (spinach and lettuce).  The other half will be planted in a few weeks. 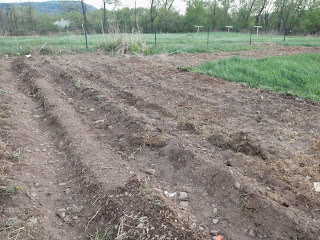