Well, I managed to get a LOT of pictures of the process of shearing Kara, which I talked about in length in the last post.  Now you get to see the rest of the herd!

I'll warn you, I'm not the best shearer in the world.  Plus none of my animals are going to shows this year (boo!), so they don't have to look super-awesome!

First to set the scene...This was the view from our front yard back in Indiana, the first week of May.  It was gorgeous, but it did rain more than I'd like.  Hence I had to get 5 llamas shorn in 3 days! 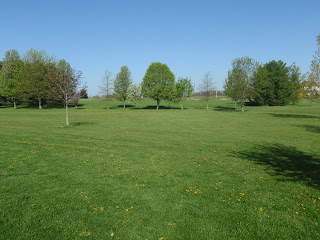 Kara was by far the dirtiest (maybe T...it was close!). 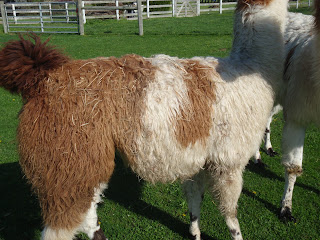 Bluff has nice white fleece that somehow always stays clean.  She was easy! 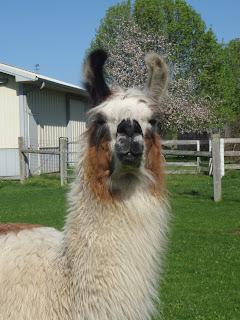 This guy was a nightmare!  On top of everything I body sheared him, so I tried getting his neck and legs clean, which was a lost cause. 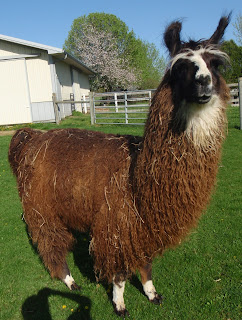 Good old Ralph and April...  Poor Ralphie hasn't been shorn yet.  I thought I had an alpaca breeder lined up to shear him, but it seems to have fallen through.  Now it looks like a llama breeder friend is going to shear him!  And you can't see April's barrel, but is is ALWAYS clean!  Normally it is wasted since I don't use her fiber, but not this year!  I actually groomed and washed her like the rest of the llamas (though I forgot to blow her out), and am going to have her fiber (along with part of Ralph's and Bluff's) made into felted insoles for shoes!  Such a cool idea! 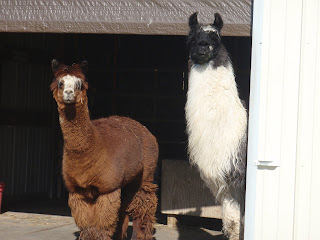 And last but not least, Duque!  Like Bluff he stays pretty clean (the one upside of double-coated llamas!), and he is very easy to clean. 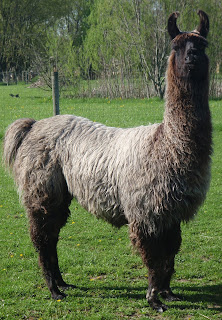 Duque's gorgeous fleece, after a bit of grooming. 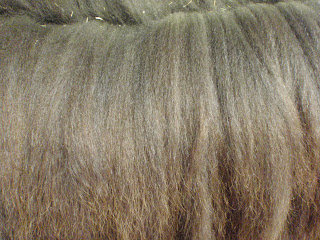 Here's Bluff after grooming, waiting for her bath. 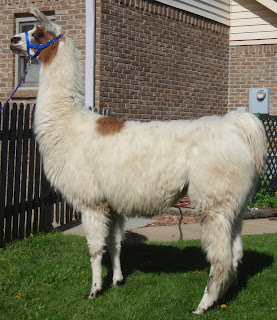 Now to the "after" shots!

Poor Duque got the worst haircut!  In a month you'll never know how terrible it looked at the beginning though! 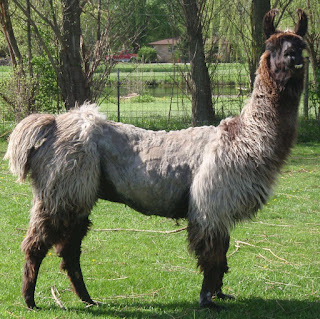 April looks pretty good if I say so myself.  Even though she really didn't want to cooperate for some reason... 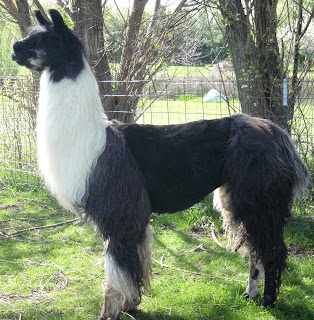 Beautiful "baby" Kara.  Her cut wasn't as good as I hoped, but it is nearly impossible to get a smooth cut with such a fine fleece!  She feels a lot better now though, and that's the most important part! 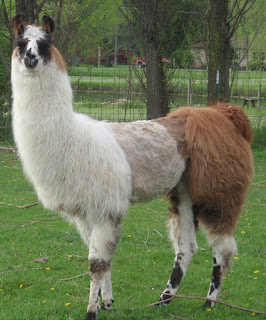 Bluff is the only one with a really nice cut.  There are a few rough spots, but again in a month she'll look awesome!  She will probably be shown by her new owner, so I wanted her to look good!  This is the first time in several years that I haven't body shorn Bluff...she's moving to New Hampshire in June, so she won't have the Indiana heat and humidity to deal with. 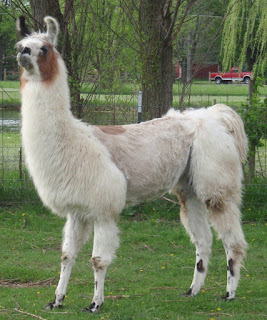 And last but certainly not least...Mr. T.  By most people's standards he probably got the worst haircut, but I think he looks awesome!  His neck and legs were incredibly matted, so I wanted to get that fiber off.  Now I can body shear him every year and use 100% of his gorgeous fiber!  The funny patch on his side is for walking fleece shows, even though he won't be going to any this year unfortunately. 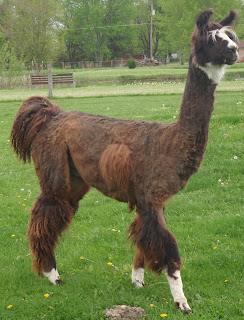 Now I have lots of bags of beautiful llama fiber to play with!  I explained already what I'm going to do with April's fiber.  Duque and Bluff's fiber (from this year and last year) is going to get blended with a purchased alpaca fleece and a purchased Bluefaced Leicester (sheep) fleece, and get made into a grey roving.  Kara's will be spun into yarn that has been pre-purchased, and T's fleece was also pre-sold and has already been sent to the lucky recipient!  Ralph's fleece is pre-sold as well, and will go out this fall.
Posted by Emaly at 9:19 PM